AccueilBlogCruise 2013Meteor and Marion Dufresne, an unexpected rendez-vous in the Indian Ocean

Meteor and Marion Dufresne, an unexpected rendez-vous in the Indian Ocean 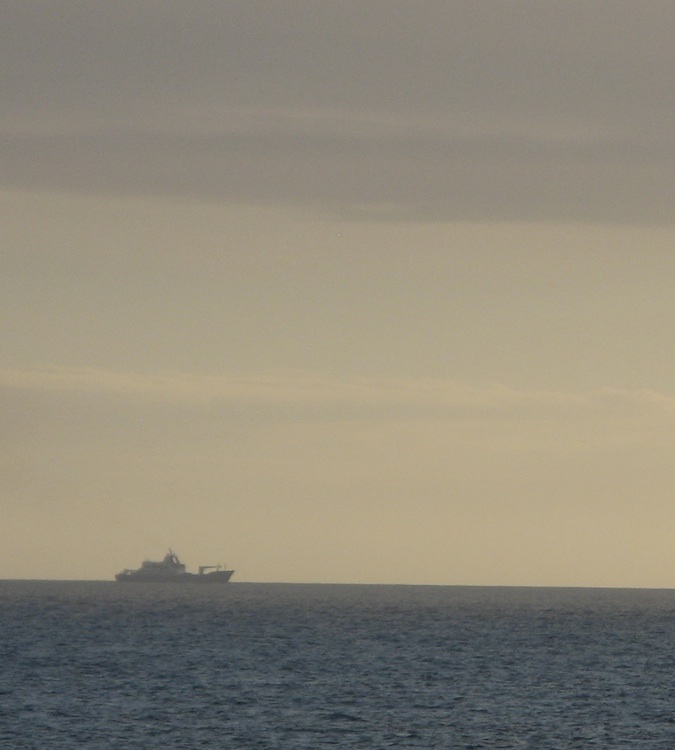 The Marion Dufresne vessel that allowed us to deploy our ocean bottom seismometers in Oct-Nov 2012 was scheduled to leave La Réunion last Wednesday to make its rotation toward the Austral islands: Crozet, Kerguelen, Amsterdam and St Paul.  A technical problem did not allow the Marion to leave La Réunion on time and she finally departed on Saturday morning going southward to Crozet island, the first destination before Kerguelen. The probability that the two vessels that actively took part in the RHUM-RUM experiment could meet in the Indian Ocean was obviously very small due to the size of the Ocean but also due to our way of progressing in zig-zag from station to station with the vessel Meteor.
This Sunday morning at 5 o'clock, the Meteor reached the position of the station RR24, the southernmost of our first leg. At  sunrise we discovered the Marion Dufresne at the horizon, she was approaching us. At 6:30, we were at about 5 miles from each other, and no doubt that the Marion crew has seen us as well as we have seen them. A really unexpected meeting in the sunrise light!
Other - and ultimate - coincidence: the station RR24 at which we met was the last of the 57 OBS deployed last year with the Marion Dufresne and that we celebrated on the back deck of the Marion on Oct 22, 2012. Be always careful with the probability!

We wish the Marion a good way for its Austral rotation!