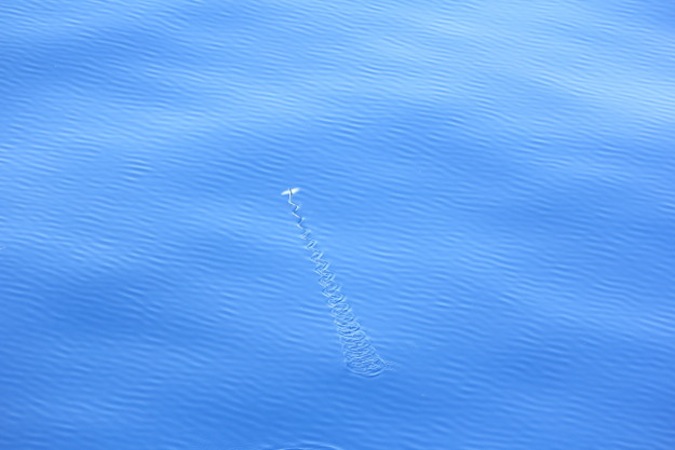 Animals of the sea are surprisingly rarely sighted. Near the islands you can see dolphins which sometimes come to investigate the ship, and you sometimes sight swordfishes which cut across the sea. But if you stand on deck, the sea most often seems empty of life. In this latitudes, flying fishes are almost omnipresent. Before I first joined a scientific expedition, I only knew them as a dimly remembered cartoon in a childs book, and as a bizarre art form of nature which has been captured on a photo in my parents living room. I did not expect to actually see a flying fish in its natural environment.
In the southern sky you can see a combination of six stars (maximum brightness about 3 – which means it is substantially less bright than the polar star) at night, which a dutch sailor has named “flying fish”. The southern hemisphere, regardless of land or sky, has been charted under pressure of time by the first European explorers. So, in contrast to the northern sky, you will find there mostly nautical constellations (e.g. Octant, Pendulum clock, Sword fish), or some constellations which are foreign to Europeans (e.g. Chameleon, Tukan, Table Mountain).
Actually if you stand at the bridge or at the bow, you often see swarms of small fishes. Flying fishes soar out of the water with flapping fins, gliding about 10 metres, and then with a small splash diving again. On some windless days last week, the flying fishes left behind a criss-cross pattern of small ripples on the sea, not unlikely pearl necklace. Here you can find a photo of a single flying fish, taken by Edith. I hope you enjoy it as much as I did.