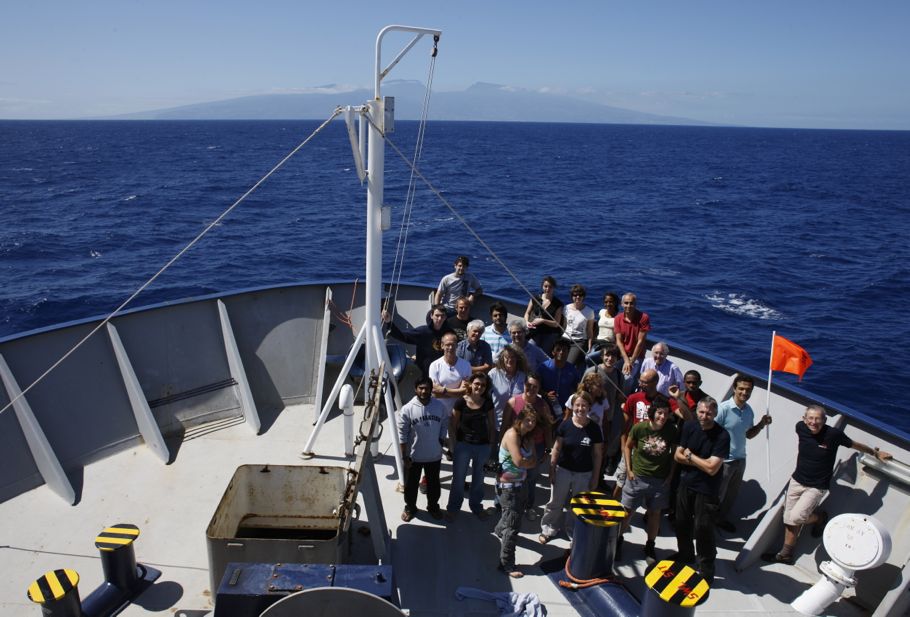 The first leg of our cruise ended today. As the Marion Dufresne approached La Réunion in the morning, visibility of the 3000 m high volcanic island was excellent. Our dream is to image equally clearly to 3000 km depth. (Photo: Nicolas Villeneuve)

Entering Le Port and relieved to see that the large harbor machines were working. We had arrived one day early just to avoid another harbor strike tomorrow.

In the early evening, we had to say farewell to 11 colleagues, who had been interested mainly in exploring the region around the Mascarene islands. Leg 2 will consist of a 7000 km long round to the far south of the islands. Six new colleagues came onboard, among them the French OBS team with another 9 seismometers.

All unloading and loading got done in time. We left the harbor late in the evening, happy to get back onto the ocean.