HomeBlogLong night on the mid-ocean ridge

Long night on the mid-ocean ridge 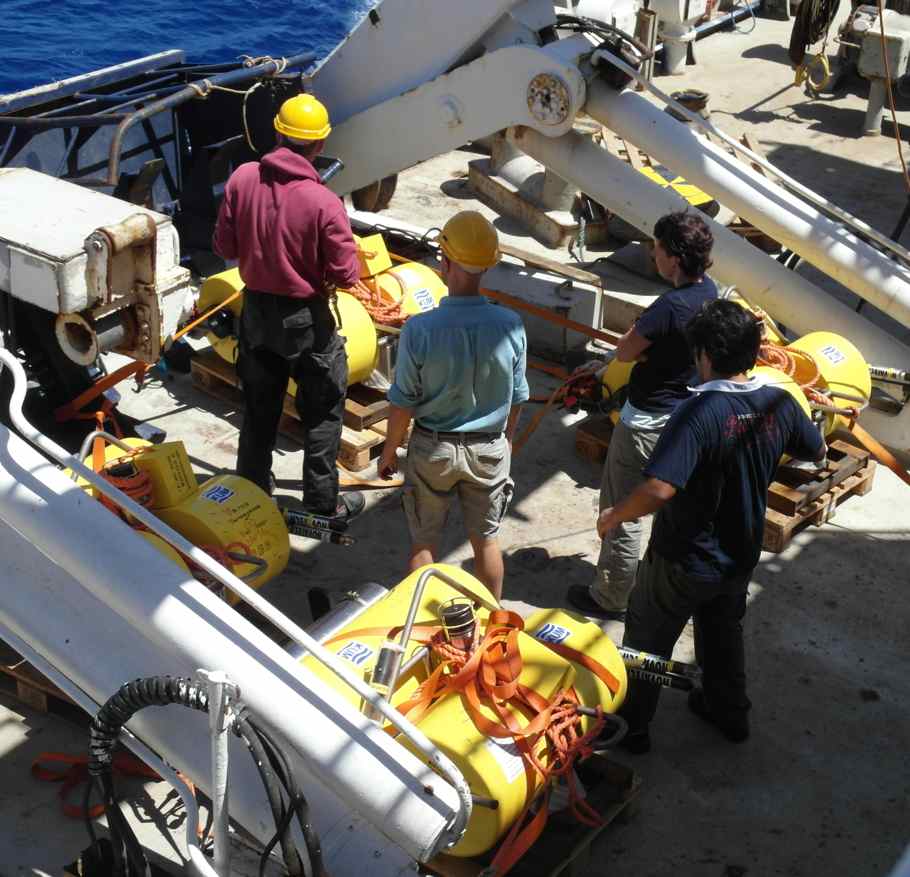 We are preparing for the most intense part of our cruise. In roughly two hours, we will arrive at a special, well mapped segment of the Southwest Indian spreading ridge, where we will deploy 8 OBS and one absolute pressure gauge in the space of 30 km x 60 km and less than one day. This OBS sub-array was initiated our colleague Vera Schlindwein, who investigates the structure and functioning of mid-ocean ridges that spread extremely slowly, using earthquakes that the ridges generate. We will have many additional uses for these data, including contributions to imaging the Réunion plume from a long distance.

Since reaching the southernmost point of our deployment at 34°S two days ago, we have been following the Southwest Indian Ridge in northeasterly direction. On an endless, almost flat ocean, it is unreal to conceive that four kilometers beneath us runs part of the largest mountain range on earth, a segment of the global ocean spreading system. Our only sensual connection to that world is the bathymeter, which also shows only narrow swaths of those vast mountains, but drives home the point nonetheless: for several OBS deployments in a row, shifting a site by a few kilometers would also have meant altitude differences of 1000 meters and more – target the edge of the rift valley or drop into the deepest abyss?

For the upcoming OBS array, it will be mostly the center of the rift, plus one volcano that peaks up to "only" 3000 m depth. Having practiced on 40 sites at a relatively leisurely rate, we're eager to ramp up the game in this spot, during a fast-paced night and morning.