HomeBlogCruise 2013All nine French OBS are back

“It’s déjà vu all over again” 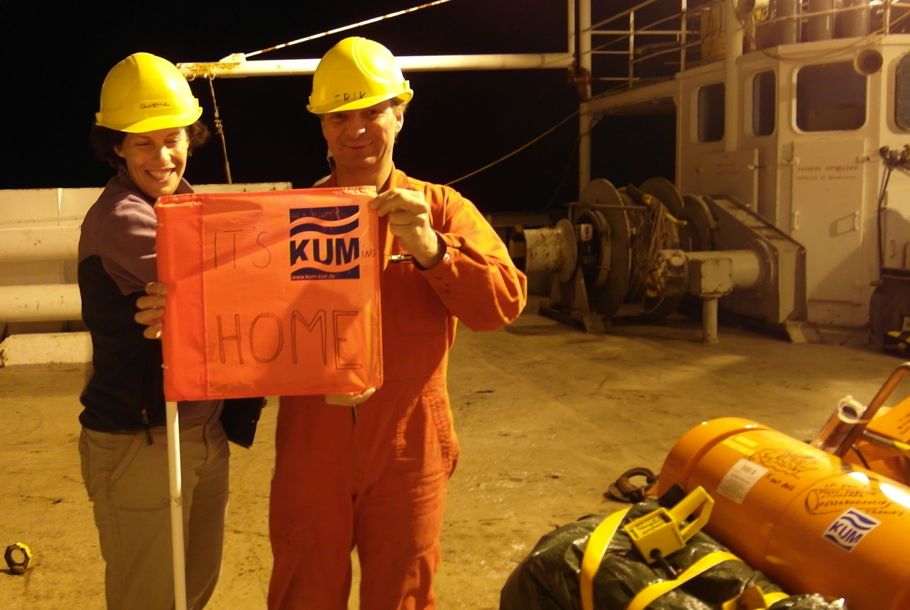 "It's kuming home" -- Was it them who gave away the Marion Dufresne's return to port?

Halfway through the experiment, we were going to stop briefly in La Réunion on October 9, in order to pick up more colleagues and material. And guess what, yesterday the dock workers announced a strike for that day. No joke. This time a nationwide general strike of harbor workers and others.

The human mind tries to make sense of things. The first strikes in 10 years, and both on the only days that we need the dock workers? They must have been missing us, our friends from the dock – longing for another rendez-vous at the harbor gate, no doubt. Has nobody else been talking to them since we left? Who has leaked the plans for our stopover, and how do we plug this leak, given that we'll have to return to port once more at the end of the cruise?

But they blundered, this time by giving us more than 24 hours notice. Yesterday was spent with frantic phone calls and deliberations, a scramble to advance our port visit by one day: to rush in our colleagues from Europe for Leg 2, to accommodate the people leaving, and to design a new deployment route that minimizes the loss of time. Plans for this counterstrike are well advanced: Rendez-vous in Le Port on the 8th – in full working gear!