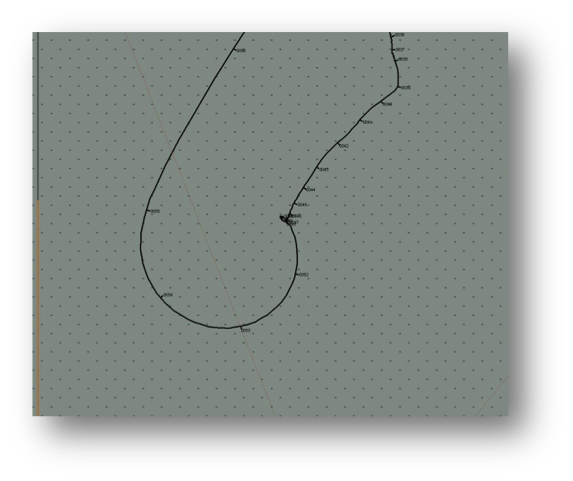 After station RR35 "METEOR" turns on the heel

It has turned midnight on the 18th of November as OBS RR35 is released and rises. Last estimates expect it to surface around 0030, let’s see where it will arise. OBS’ are always good for surprises and such is this, as it surfaces in distance of only 2 hawsers (370 meter) and 4 points (45 degree) port side. It takes us a short swerve to port side immediately followed by one to starboard to retrieve it, just as the previous four, as the fifth French OBS safely and successfully onto deck.

For the instrumentation initialization of the subsequent profiling using multibeam and magnetometer Meteor turns via starboard in less than 4 minutes to the new course of 39 degrees describing a near-perfect circle of radius 55 meter – given the ship’s length of 100 meter we literally turn on the heel.

The day is spent profiling and in the early evening hours, before sunset’s evening glow, OBS RR37 is collected. After a transit time of 10-12 hours the next one will appear and ask for a ride. Finally, in the morning of the 19th shortly before 0800 OBS RR38 emerges and is recovered just as all others before. It was letting us wait, maybe to dress up for us. This night we are hard-working on recovery and tomorrow morning we head to the next French OBS: slowly but surely they become less and sooner or later we will get them all!

The cute little depression in front of the coast of South Africa which German Weather Service describes creeps east and its frontal cloud band will not affect us too much, since we are driving further northeast. Thus, slight weather improvements and increasing sun hours accompany "METEOR" as we are heading towards "SONNE" (“SUN”). During the weekend we stand a good chance for the routes of the two German research vessels "METEOR" and "SONNE" to encounter for the first time in their long marine lives. However, encountering may not be the most suitable diction, since it may imply both of them coming to a bad end :)

PostDoc at the Department of Earth Sciences (Geophysics) of the Ludwig-Maximilians-Universität München. Interested in earthquake dynamics, wave propagation and strong ground motions as well as fundamental earthquake physics.

This email address is being protected from spambots. You need JavaScript enabled to view it. | http://www.geophysik.uni-muenchen.de/Members/gabriel

Captain of the research vessel "Meteor"