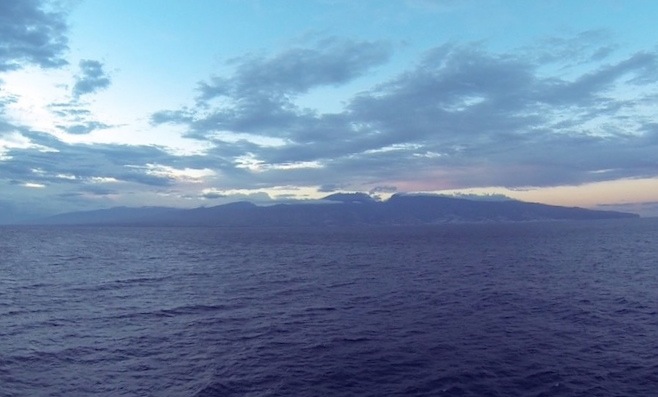 Wednesday, 4 December at 5:00 in the morning, La Réunion Island is lying ahead of us in the first daylight -- our cruise is ending here.

The "Marion Dufresne" arrived in Le Port together with us.

We made a fuel stop in Mauritius yesterday. During our overnight transit to La Réunion, the research vessel Marion Dufresne had stayed by our side the entire time. They too had been filling their tanks on Réunion’s enterprising sister island, but for us, the unexpected company of “Le Marion” during our last cruise night meant a bit more. It was with this French ship that we began our experiment and deployed our seismometers 14 months ago. Being accompanied home to Le Port by Le Marion, with all OBS recovered onboard the German Meteor, gave a beautiful sense of closure.

Thank you very much to the science party of cruise M101, and to those who will now work hard on the data, in order to illuminate one of the darker corners of the interior of our beautiful planet.

And thank you very much to the crew of the Meteor for their dedication, professionalism, and good humor at all times of day.

This email address is being protected from spambots. You need JavaScript enabled to view it. | http://www.gm.univ-montp2.fr/PERSO/barruol/barruol_home_page.html