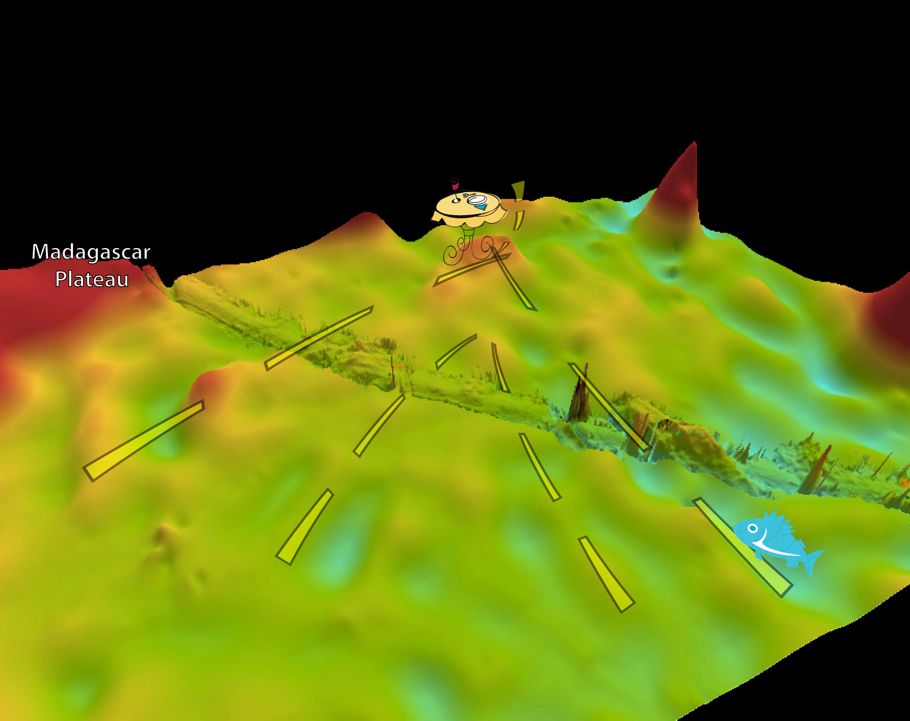 During the night and early morning we have "descended" from the Madagascar Plateau (a submerged large plateau situated south of Madagascar) towards an old abyssal plain that formed while India was heading north, away from Antarctica and Africa. This relatively small patch of oceanic crust, almost surrounded by the higher Madagascar plateau seems to have a special story. The maps we had before this cruise revealed some fan-like linear highs and valleys, and now, freshly collected swath bathymetry data reveal indeed nice linear features with different directions converging to some northerly situated point.

In the past, when the dinosaurs were enjoying their (almost) last days on Earth, and before the South West Indian ridge carved its way through the Indian plate, this particular point might have been the meeting place between the three good old friends: the Antarctic, Indian and African plates. They met there at the so-called triple junction and while chatting and holding hands they brought more magma to the surface and grew together. Some unexpected (unhappy?) event forced them to abandon that place and go somewhere else, and build a new "plaza". Now, this abandoned site, sits oddly next to some younger neighbors and invite us to scratch our heads trying to decipher its mystery.