All seismometers are back! 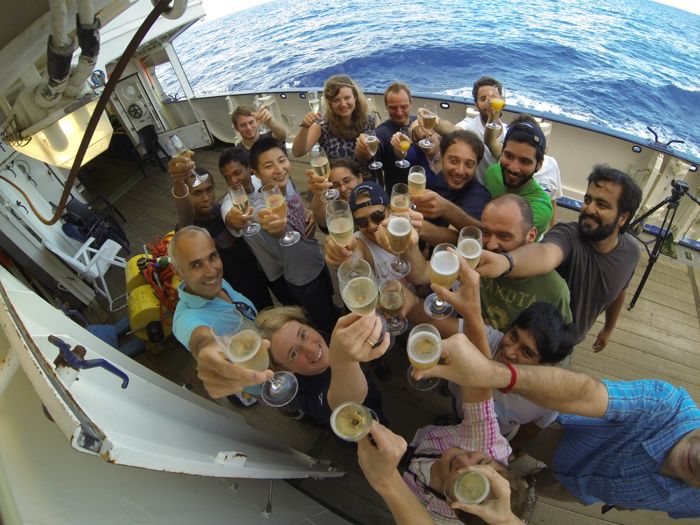 On another gorgeous day, now 200 km southeast of Mauritius, we pulled ocean-bottom seismometer RR56 out of the water – our last instrument is back. Its ascent may have been accompanied by a whale. The big animal surfaced directly next to the ship immediately after we had pulled the OBS onboard, and dove back and forth beneath the ship’s hull twice before disappearing into the blue. A farewell from Neptune? The science party greeted back with excited shouts in any case.

57 OBS deployed, 57 recovered a year later: big relief among technicians and scientists because the marine environment is harsh, technology has its weaknesses, and losses would not have come as a surprise. Some luck is definitely needed, but when you achieve a recovery rate of 100%, you also know that you did something right. Thank you very much to our extremely professional OBS teams: Erik, Edith, Maria, Kasra and Juan for the German instruments, and Romuald and Xuan for the French OBS!

This email address is being protected from spambots. You need JavaScript enabled to view it. | http://www.gm.univ-montp2.fr/PERSO/barruol/barruol_home_page.html