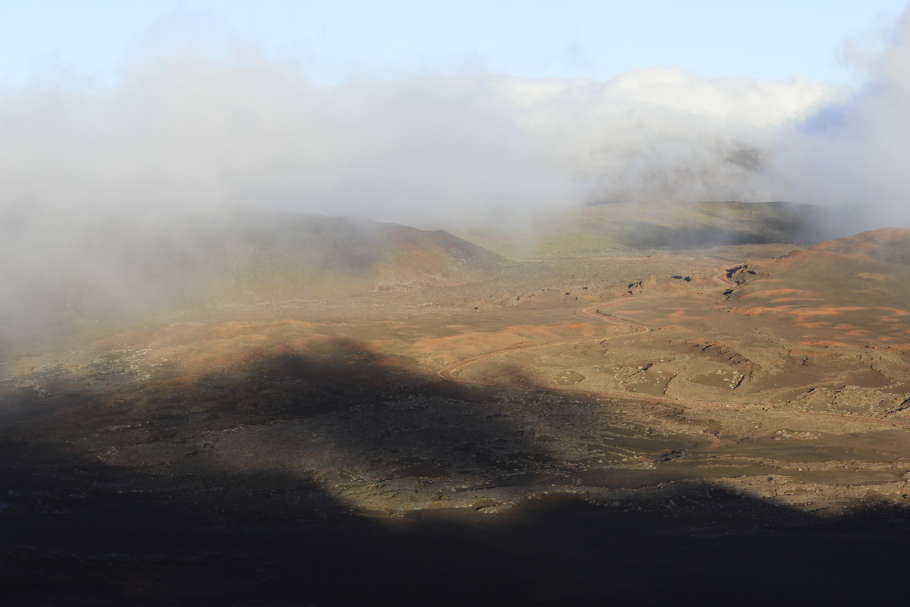 Many scientists who flew to La Réunion from continental Europe arrived some days in advance to have a look around this magnificent tropical island before embarking (embargoing?) on the Marion Dufresne. La Réunion's active volcanism is owed to its location on top of the mantle plume that our experiment plans to image by means of seismic tomography.

The "Piton de la Fournaise", the active volcano in the south-east of the island has erupted numerous times in the recent past, including an eruption lasting from August 2006 until January 2007.

Another big eruption, which occurred in 1986, increased the island size by as much as 25 hectares. The newly added area is called "Pointe de la table" and lies on the coast about 5 km north-east of Saint Philippe.